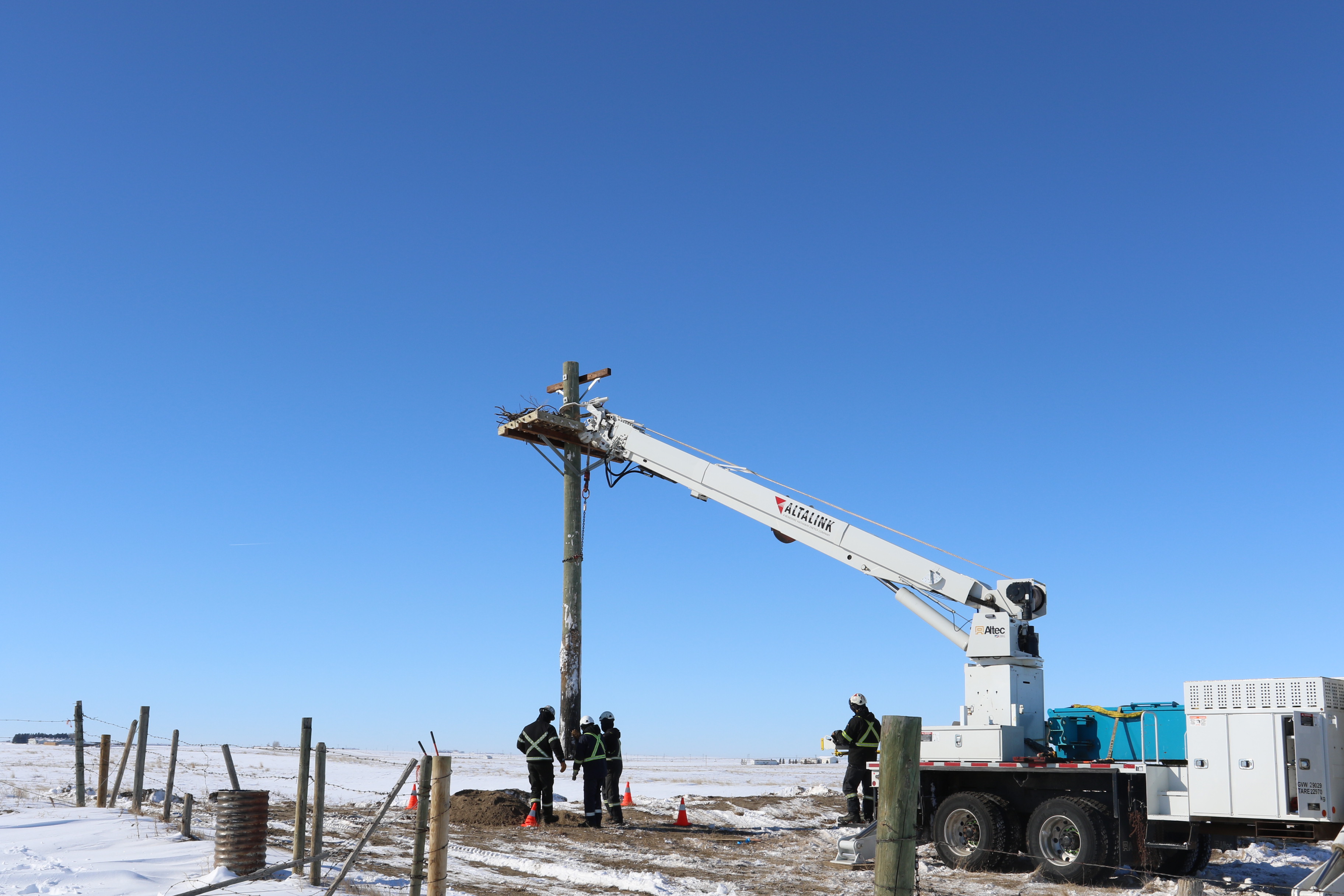 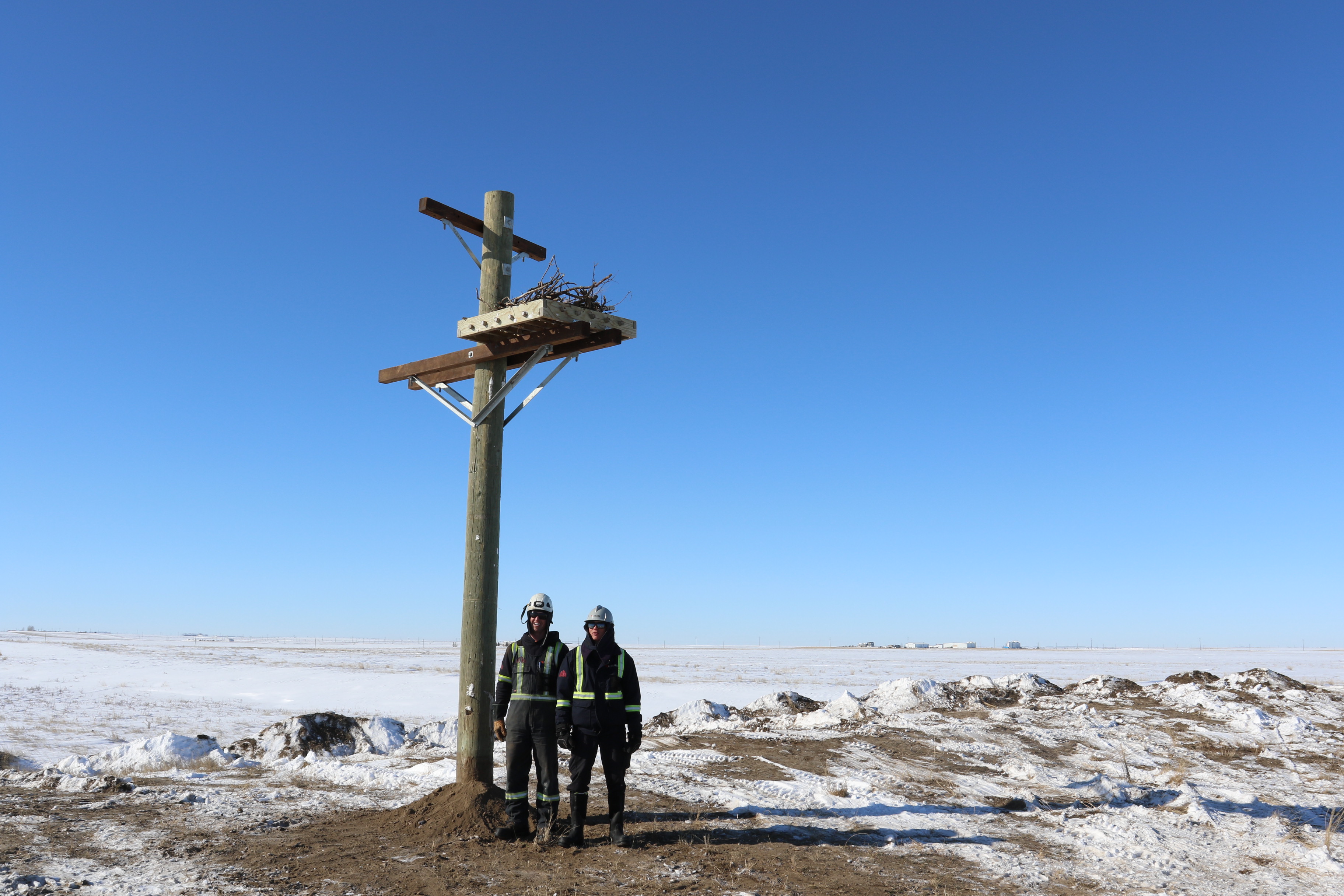 "We’re happy to be here today to help protect Alberta’s ferruginous hawks by providing them with a safe place to nest this spring," said Aaron Anderson, environmental advisor at AltaLink. "AltaLink typically installs a few artificial nesting platforms throughout its service territory every year as part of its commitment to the environment, wildlife and the communities in which it works."

A pair of ferruginous hawks has been coming back to the area between Coaldale and Taber going back several years, making it an ideal location for the artificial nesting platform. The trees at their previous nesting site are old, dying and several blew down last winter. The new nest site gives the hawks a safe place to call home when they fly back to Alberta, likely later this month.

"Ferruginous hawks are designated as endangered provincially, with approximately 600 to 700 pairs estimated in the province," added Anderson. "This new artificial nesting platform provides them a stable and long-term nesting site."

The AltaLink lines crew braved the cold and installed the structure around 1 p.m. on Monday. The nesting platform is standing tall and now awaits the hawks’ return.