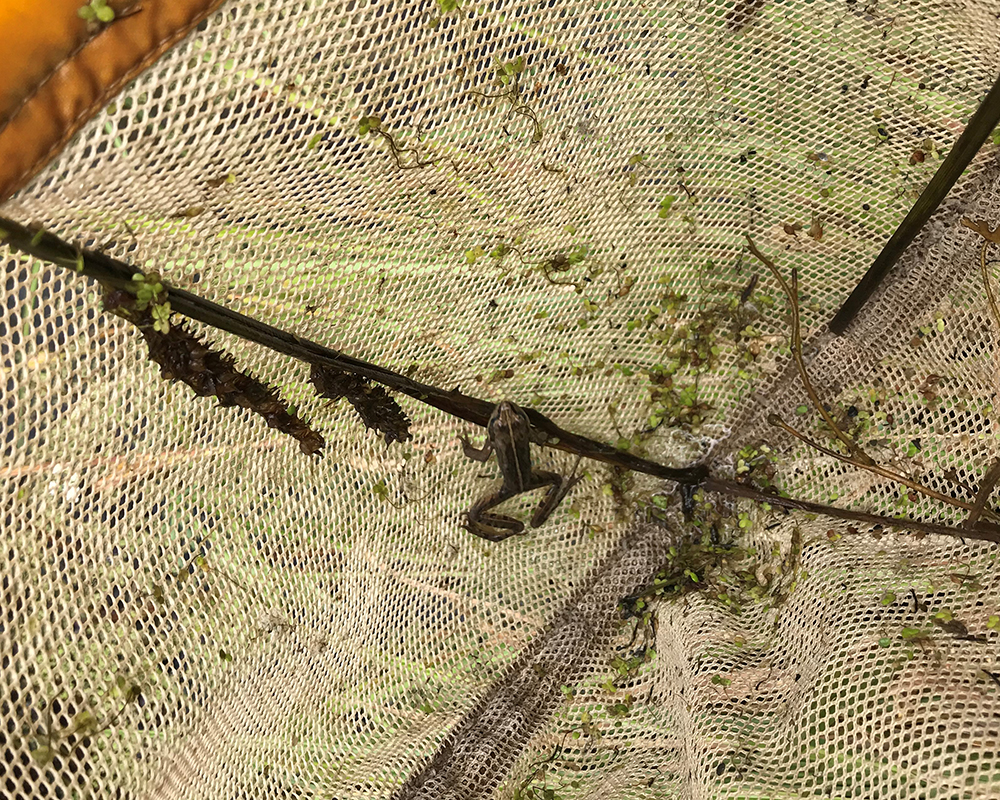 In August, a group of post-secondary Indigenous students and graduates were able to gain valuable field experience by taking part in northern leopard frog surveys along AltaLink's Provost to Edgerton and Nilrem to Vermilion Transmission Development (PENV).

“We actually received a request from one of our Indigenous communities looking for opportunities for students to job shadow,” said Carla Corner, senior Indigenous relations advisor. “Our team worked with our environment team to see if an opportunity was available, and together we were able to come up with a bit of an outside-the-box learning opportunity.”

After channeling their collaborative and creative energy, a new way to connect with our Indigenous communities was born.

“Environmental surveys were already underway along the Nilrem to Vermilion project, and having the students help with northern leopard frog surveys felt like a unique way for students to draw on their own underlying skills and interests,” said Aaron Anderson, environmental advisor.

Most amphibian surveys take place at night during the breeding season, but with northern leopard frogs, surveys can take place during the day, making it ideal for students to participate.

After receiving permission from land owners along the route to approve extra visitors on their land, the stage was set for the first group of students to head out with a biologist and conduct the surveys.

Students needed to be over 18, and express an interest in environmental sciences. They helped bring added observation to the surveys, which in a way is about being at the right spot at the right time to see the species of interest. The biologists facilitating the survey provided explanation along the way about the known habitats, movement patterns, and distinguishable features of the northern leopard and other wood frogs commonly found in the area. The students also gained important experience about safe work planning and how to prepare for a day in the field.

“The feedback we’ve received from the students and communities has been overwhelmingly positive,” Corner said. “It’s been a great opportunity to build those relationships with our communities, and we’re hoping that we can do more of these in the future.”